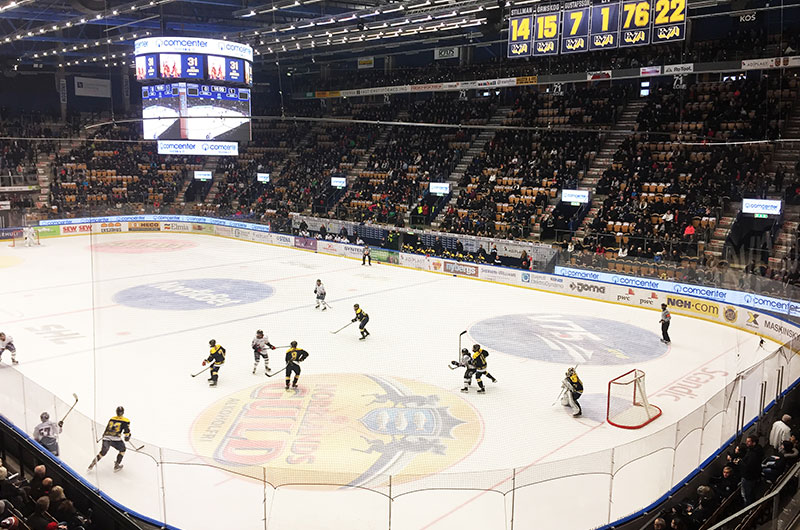 Swedish attendance record smashed with the help of Axelent

Axelent AB is a premium partner of Swedish ice hockey team HV71. We sponsor the women's and the men’s teams. On February 5th, HV71 women set out to beat the Swedish attendance record when they met second placed Linköping at home. 4,563 spectators watched the game between the two SDHL teams (Swedish women's league), which Linköping won 2-1 after penalties. The previous record was 3,150 so it is fair to say that HV71 well and truly smashed it.

Axelent opened an Instagram account along with a competition where people could win entrance and lunch tickets to the game by sharing, liking and tagging friends. More than 100 people won tickets. As a surprise the winners also received hockey pucks and signed team photos when they arrived on game day.

Axelent Sweden is now on Instagram! Here you will find all the latest news from Axelent, competitions and much more.

Go in and follow axelent_sverige and keep in touch with everything that is happening.